VALUE of committed investments approved by the Philippine Economic Zone Authority (PEZA) fell in value terms year-on-year in 2019’s first two months despite an increase in number of projects, reflecting what the agency’s head said was cautiousness ahead of the May 13 mid-term legislative and local elections and possible policy changes under the incoming 18th Congress.

PEZA gets the second-biggest haul of such pledges — in terms of both foreign and total investments — after the Board of Investments.

But committed information technology investments, which made up the biggest segment of total approved projects in the same period, grew in value by 54.01% to P3.003 billion from P1.950 billion last year, as number of projects increased by 27.27% to 28 from 22.

Monthly data were not immediately available.

POLICY SHIFTS WATCHED
PEZA Director-General Charito B. Plaza linked the decline in value of approved project pledges to investors’ cautiousness ahead of the mid-term elections.

“After election na talaga makita ang (we will see an) increase because investors have a wait-and see-attitude. Policies, laws might be changed with the new congress,” Ms. Plaza said in an interview last week at her office in Taguig City.

Last year saw value of committed investments approved by PEZA drop 40.968% to P140.242 billion from P237.57 billion in 2017 due to the government’s move to remove tax incentives deemed redundant as part of a reform package that would also see corporate income tax rates slashed. Committed foreign investments forming part of that total fell by 12.72% to P68.321 billion from 78.278 billion in the same comparative years.

Asked if the uncertainties in the proposed alteration of the tax regime are also to blame for the January-February decline, Ms. Plaza replied in the negative, citing the Senate’s cautiousness towards the bill concerned — now being discussed in a committee — as it sought estimates of potential job losses the reform could entail.

The House of Representatives approved on third and final reading House Bill No. 8083, or the “Tax Reform for Attracting Better and High-quality Opportunities,” on Sept. 10 last year.

But Senate President Vicente C. Sotto III on March 21 said he doubted that tax reform packages will hurdle the chamber in the remaining session days of the 17th Congress that is now on a Feb. 9-May 19 break. Remaining sessions of the current Congress will run May 20-June 7.

Committed projects approved by various investment promotion agencies are different from foreign direct investments tracked by the central bank, since the latter involve capital that is actually infused in the economy. 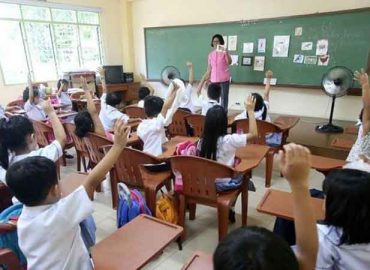