Bribery and corruption in the Philippines have spiked in the last two years, with a fifth of businesses saying they were made to pay grease money, a global survey disclosed.

A study done by PricewaterhouseCoopers, or PwC, showed that 42 percent of companies reported experiencing fraud in the past two years, losing anywhere between $5 million and $50 million (about ₱254 million to ₱2.54 billion) since 2018.

A total of 101 businesses were covered by the survey, which involved a balanced mix of local firms and multinational companies. Of them, 43 percent said they have encountered fraud at least twice, while a tenth claimed they experienced such incidents over six to 12 times.

In 2018, the London-based business consulting firm recorded that 54 percent of Philippine-based businesses encountered fraud, but that came from a study covering just 63 companies.

According to PwC’s Global Economic Crime and Fraud Survey 2020, asset misappropriation was the most common form of fraud, accounting for 52 percent of the cases. This went against the global decline in instances that involve tinkering with records to profit from company property.

Meanwhile, 21 percent of firms operating in the country said they have been asked to pay a bribe. It added that 14 percent of respondents claimed they “lost a business opportunity” because their competitor paid grease money to get ahead.

“This is concerning as businesses operating in the Philippines may be more likely to contemplate paying bribes as a feasible option to take in order to win business opportunities against competitors,” read the report published Tuesday.

PwC noted that more cybercrime threats are emerging as technology evolves, going beyond the usual fake emails, online scams, and identity theft. Now, some fraudsters use digital channels for unauthorized money transfers and payments, as well as to make fake purchases online.

This result matches the Philippines’ fall in the latest Corruption Perceptions Index, which showed that illegal deals worsened in 2019. Nonprofit Transparency International placed the Philippines at 113th of 180 countries in battling graft and corruption, down 14 notches the previous year. The country scored 34 — two points lower than in 2018 — in a scale of zero to 100, with zero as “highly corrupt” and 100 as “very clean.”

Based on PwC’s findings, a company loses an average of $100,000 (about ₱5 million) in each incident. “Aside from these, there are losses that may have a long-term impact and may be almost immeasurable such as loss of public trust, damage to the brand, low employee morale, and credit loss,” it said.

About 38 percent of the time, the culprit behind these illegal schemes are rogue employees “acting badly at night.” The biggest cases were created by people working in the company for decades, PwC said, citing the $81-million Bangladesh bank heist which went through the Rizal Commercial Banking Corporation, where a branch manager was found guilty of money laundering.

Meanwhile, outsiders like vendors and hackers are the biggest perpetrators out to cheat a company to get their money.

Recently, Senator Richard Gordon revealed that Chinese nationals who arrived in the country from December to February brought in $180 million in cash, which he wants the Anti-Money Laundering Council (AMLC) to probe.

Despite these issues, PwC acknowledged gains made by the Philippines in terms of digitization which helps boost safeguards against fraud. It added that provisions in the Bank Secrecy Act and the Anti-Money Laundering Act (AMLA) hamper investigators from getting full evidence to catch a fraudster.

The Asia-Pacific Group on Money Laundering recently rated the Philippines with a “relatively strong” legal framework to combat dirty money, but pointed out “serious risks of financial crime” amid gaps in local laws. The body recommended changes to the AMLA and the Human Security Act, particularly to include tax crimes and allow the AMLC to impose financial sanctions, have subpoena powers, and retain forfeited assets.

The group gave the Philippines until October 2020 to make these adjustments. Failure to do so could mark the country’s return to the “gray list,” which could mean tighter regulations for financial transactions involving foreign partners. 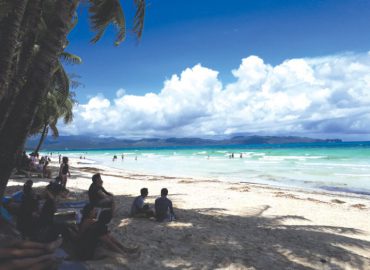