THE Bureau of Customs (BOC) has assured Filipino-Chinese businessmen that the government is doing everything it can to address the crippling port congestion, which is seen to impede commerce and slow trade facilitation in the country.

In a statement on Tuesday, Customs Commissioner Rey Leonardo B. Guerrero told Filipino-Chinese businessmen that the government is doing everything it can to address the issues and concerns affecting the operations at the ports, including the congestion problem.

His formal assurances followed a forum on February 19, hosted by the Federation of Filipino-Chinese Chambers of Commerce and Industry Inc. (FFCCCII), where Guerrero presented the actions taken by the bureau to address various trade challenges.

He also laid out the bureau’s initiatives and plans to further improve Customs systems and operations.

Meanwhile, at the BOC forum with the chamber, it was discussed that international shipping lines should be required to have their own container depots outside Metro Manila and not inside port terminals, as what is being practiced at present.

The container yards would be for the storage of their empty containers, “with the space allocation of the facility to be efficiently managed to maximize storing capacity.”

The BOC also reported that as an alternative, a unified or shared facility where empty containers of all shipping companies may be accommodated can also be established.

“And as much as possible, these shipping line-owned depots must be located near industrial areas. The Philippine Economic Zone Authority should, therefore, be urged to have a space for empty containers, and BOC should accredit these depots,” the BOC said.

Furthermore, the strict enforcement of the 90-day rule on empty containers should be also undertaken, if only to penalize those that have stayed in the country for over 90 days.

“Thus, are export bond should be required from shipping companies for their empty containers. And the container imbalance charge , which is now being charged to importers and brokers, should be included in the reexport penalties and taxes on over-staying empty containers,” it added.

Last week, the National Economic and Development Authority said the port congestion could dampen the country’s trade performance this year.

Socioeconomic Planning Secretary Ernesto M. Pernia admitted to the BusinessMirror that port congestion played a part in the country’s lackluster trade performance in 2018.

Congestion particularly at the Port of Manila has also been cited by German firm Hapag-Lloyd as the reason it has “ceased acceptance for all reefer cargo to Manila, for both North and South Harbor.” In 2014, a study by state-owned think tank Philippine Institute of Development Studies (PIDS) estimated that the economy lost P43.85 billion due to port congestion, with the BOC losses comprising an estimated P25.55 billion of the total.

Business as usual after fire

It is business as usual at the Port of Manila, ATI assured stakeholders in view of the fire that hit the BOC headquarters on Friday.

With reports by Cai U. Ordinario, Lorenz S. Marasigan 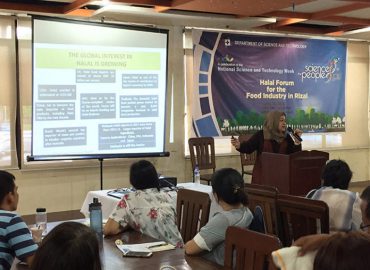 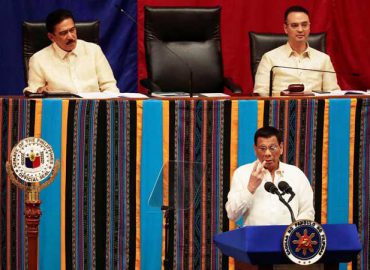