The province of Davao Occidental could lose its African swine fever-free status after outbreaks of the fatal hog virus were confirmed in over 10 barangays in remote towns where it killed a thousand pigs.

Industry sources also said the confirmation of African swine fever (ASF) outbreaks in the region may jeopardize the plan of Mindanao hog raisers to ship pork not just to Luzon, but also other countries.

On Sunday, the Department of Agriculture (DA) said that aside from Don Marcelino, the nearby town of Malita has also been struck by the virus which affected backyard farms in seven barangays.

Despite this, the DA made an assurance that it is on top of the situation.

Under the government’s national zoning plan to fight the hog disease, it will classify provinces/areas based on their ASF status. Areas with confirmed outbreaks, such as those affected by the ASF in Luzon, may be declared infected zones.

However, Reildrin Morales of the DA’s ASF Task Force told the BusinessMirror that the agency is still assessing the situation, and there’s a possibility that the entire Davao Occidental may not be declared as an infected zone.

“[We] will advise what areas [will be declared as infected zones]. Nothing concrete yet,” Morales said via SMS.

The ASF status of provinces is crucial, as this will determine whether pork or pork products may be shipped from these areas.

Under the zoning plan, infected zones could only ship their pork and pork-related products within their area and to the National Capital Region, the country’s biggest consumer of pork.

The DA determines the zone “on geographical limits established by the veterinary authorities upon identification of the infected zone and the quarantine zone.”

Bureau of Animal Industry (BAI) Director Ronnie D. Domingo told the BusinessMirror that he is now in Davao Occidental to gather information on the ASF outbreaks in two of its municipalities.

The confirmation of the ASF outbreaks in Davao Occidental, first in Don Marcelino and then in Malita, is baffling authorities and industry players.

“How and why the ASF got to the remote town could not yet be answered. Don Marcelino is a coastal town facing the Davao Gulf, and has only one major access road,” Piñol said.

Data from the Philippine Statistics Authority (PSA) indicated that Davao Occidental has no recorded hog production. It is the lone province in the Davao region that did not have data on hog output.

The BAI has launched “trace-back” and “trace-forward” investigations to determine the possible causes of the intrusion, and if the virus is spreading since hog raisers in Don Marcelino “actively” trades with the towns of Malita, Santa Maria, Jose Abad Santos in Davao Occidental; and Sulop in Davao del Sur.

Domingo said the BAI’s laboratory, which is the country’s reference laboratory, is still processing samples from affected hogs in Davao Occidental to validate if it is ASF that struck backyard farms.

Based on the initial investigation of the DA, the affected backyard farms do not implement proper biosecurity measures while hog raisers do not practice vaccination, vitamin supplementation and deworming to ensure the health of their livestock.

The DA added that household butchering is a common practice in the area. Amimals exhibiting weakness or disease are slaughtered, and then sold to neighbors and relatives.

“The means of trading animals is by viajeros [bukag-bukag] who purchase sick animals at low cost, and transport them by motorcycle to consolidators in the nearby town of Santa Maria for distribution to several areas in Davao del Sur,” it said.

Industry sources said the confirmation of ASF outbreaks in Davao Occidental may affect Mindanao’s shipment of pork to Metro Manila, and even live hogs to Visayas.

Nonetheless, they noted that pork prices in Metro Manila would not be affected as Mindanao accounts for only a small share of its total supply.

Industry stakeholders also told the BusinessMirror that the government must protect Visayas “at all costs” from the intrusion of the virus to preserve its ASF-free status.

“We have to protect Visayas region at all costs. We expect the ban imposed by certain provinces in Visayas, such as Cebu, on shipments of pork and pork-related products would be expanded to ASF-affected areas in Mindanao,” an industry source said.

Based on the national zoning plan, the government classified Mindanao, Visayas and the island provinces in Region 4B as ASF-free. 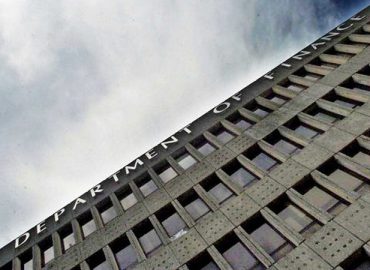