CITY OF SAN FERNANDO — The perennial problem of corruption in government agencies will soon be minimized, if not totally stamped out, with the formal institutionalization of Anti-Red Tape Agency (Arta).

Department of Trade and Industry (DTI) Assistant Secretary Mary Jean Pacheco assured this, as she led the public consultation on the Implementing Rules and Regulations of Republic Act (RA) 11032 otherwise known as the Ease of Doing Business and Efficient Government Service Delivery Act of 2018, at the Heroes Hall in this capital city recently.

Pacheco, who also serves as the temporary chief of Arta, said that aside from its primary role of shortening the lead time in processing government documents, the agency will also serve as the official watchdog against erring government officials or employees.

Pacheco said the Arta will be the chief agency in ensuring that red tape in government transactions, including processing applications for business permits, passports, and licenses, will be cut out.

“The public now has a proper agency where they can air their grievances and formally file complaints against government employees who engage in graft or corruption, and is focused on processing and addressing such complaints,” she said.

“With the existence of Arta, the public can now be assured that they can easily conduct their business such as processing of business license, environmental permits and the likes hassle-free and corruption-free,” she added.

Before the passing of RA 11032, which created the Arta, the Civil Service Commission (CSC) or the Office of the Ombudsman are the government institutions partly tasked to address complaints against corrupt and erring government officials and employees.

“This time, the Arta is mainly focused in addressing and solving the perennial problem of bureaucratic red tape in our government institutions while providing quality and efficient services to the public,” Pachecho said.

She cited one of the salient features of Arta, which is the implementation of the zero-contact policy to avoid improprieties and discretions between government employees and clients.

Under RA 11032, the processing of requirements and streamlining of procedures will also be simplified by standardizing and strictly implementing the time frame for every government transaction.

Pacheco said the Arta, which will be under the Office of the President, only awaits the official appointment of its policy and advisory body — the Ease of Doing Business and Anti-Red Tape Advisory Council that will be composed of the interior, trade and finance secretaries, as well as two members from the private sector, before it becomes operational. 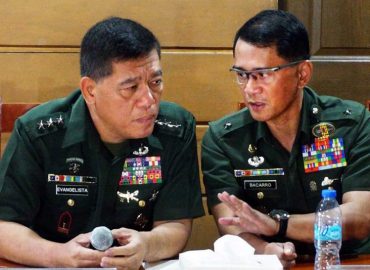 PMA head steps down over death of cadet