INFLATION likely maintained its descent in March as rice and food prices dropped further, analysts said in a BusinessWorld poll.

A poll among 13 economists yielded a 3.5% median inflation rate for the month, which if realized will be slower than February’s 3.8% pace and the 4.3% rate posted in March last year. This also falls within the 3.1-3.9% estimate range given by the Bangko Sentral ng Pilipinas (BSP) on Friday.

This will keep inflation on a downtrend for the fifth straight month, and may turn out to be the slowest since January 2018.

Inflation averaged 4.1% for the first two months, just a notch beyond the central bank’s 2-4% target range for 2019.

“[T]he food component will likely be the biggest drag on price pressures given the recent implementation of the rice tariffication law as well as the normalization of supply chains after the supply side shocks in late 2018,” said Nicholas Antonio T. Mapa, senior economist at ING Bank NV Manila. “Utility prices are still lower year-on-year, while education will show deflation until the base effects wash out by 3Q 2019.”

However, economists also flagged persistent upside price pressures from higher world crude prices which are pushing up transport costs, as well as the possible impact of a dry spell.

Alvin P. Ang, director of the Ateneo Center for Economic Research and Development, gave a 3.8% forecast for March, saying that higher oil prices as well as water supply issues in parts of Metro Manila may have pushed utility costs up for the month. He was referring to supply interruptions for customers of Manila Water Co. The utility firm has since announced that it will waive minimum fees for affected customers, which will be reflected in April bills.

Still, market watchers broadly expect the inflation slowdown to persist, which could pave the way for policy easing from the BSP in the coming months.

POLICY IMPLICATIONS
“Looks like the expected sustained downtrend in inflation will be enough to drive the central bank to cut rates in May,” said Katrina Ell, economist at Moody’s Analytics.

The BSP kept interest rates at the 4.25-5.25% range at its March 21 meeting, saying that monetary authorities still need to observe price trends before they start reversing the cumulative 175 basis point increases they fired off in 2018.

New BSP Governor Benjamin E. Diokno has said that he sees room to ease key rates, but clarified that monetary authorities still have to confirm if the slowdown in price increases will be sustained.

Victor A. Abola, economics professor at the University of Asia & the Pacific, said he sees a cut in the 18% reserve requirement for banks to come first before a cut in the policy rate: “The latter should come in Q3 when inflation goes down below three percent year-on-year.”

The BSP’s next rate-setting meeting — the third for this year — is scheduled to be held on May 9. 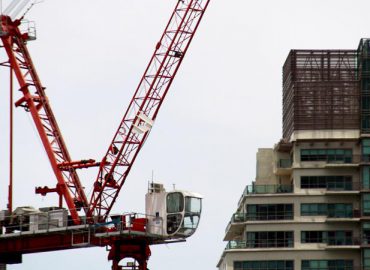