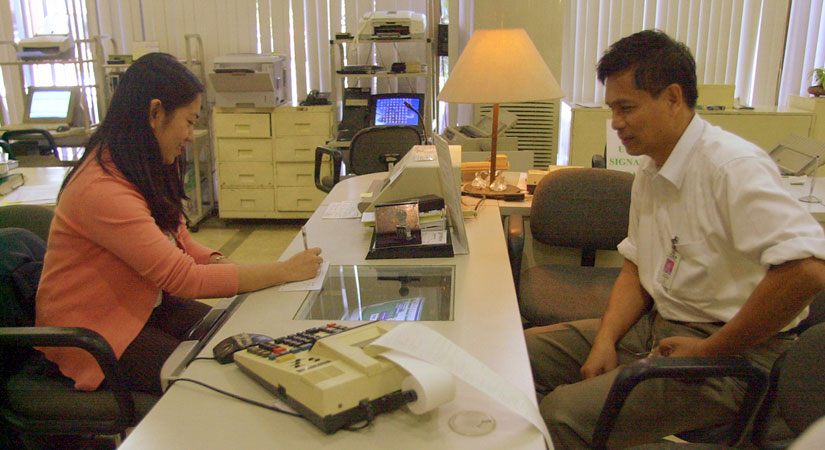 MANAGEABLE inflation paired with the still unremarkable loan growth could allow room for another slash in banks’ reserve requirement ratio (RRR) towards yearend, economists said in interviews since last weekend.

Bangko Sentral ng Pilipinas (BSP) Governor Benjamin E. Diokno hinted last week that the central bank may consider another RRR cut after the 300-basis point (bp) total reduction, so far, this year depending on relevant data expected to be released in November and December.

The latest 100-bp cut, to come into effect on Nov. 1, will take the RRR for big banks, thrift banks and rural banks to 15%, five percent and three percent, respectively.

“The BSP has cut RRR by 300 bps, so far, this year; another 100 bps reduction remains likely in 2019,” Jiaxin Lu, economist at Continuum Economics, said in an e-mail.

“A series of RRR cuts have seen money supply growth pick up slightly — M3 growth at 6.7% year-on-year in July from 6.4% year-on-year in June,” Ms. Lu recalled, noting that inflation — a key indicator watched for monetary policy setting — has lately eased to within the BSP’s 2-4% target.

“The Philippines still has one of the highest RRR in the region, which provides some room for further reduction,” she noted.

“Together with lower policy rates, further cuts in RRR for banks will help facilitate credit growth.”

For UnionBank of the Philippines Inc. Chief Economist Ruben Carlo O. Asuncion, “[i]t is possible that another round can be done.”

“Our view is that there is still a lot of room for any type of easing, whether RRP (overnight reverse repurchase benchmark interest rate, now at four percent after a cumulative 75 bp reduction this year) or RRR,” he added.

“October inflation and Q3 GDP numbers will be pivotal. Of course, the BSP will also consider liquidity.”

Mr. Ricafort noted the slow pace of both indicators, reported as of August, “despite earlier cuts in banks’ RRR that infused a total of about P210 billion into the local financial system/banking system from late May… to late July…”

He said the latest one-percentage point cut in banks’ RRR “would infuse about P1110 billion into the local financial system/banking system that would help in spurring faster growth in loans as well as in the broader economy in terms of faster GDP growth.”

“For as long as inflation remains relatively benign and if loan growth and M3 growth rates remain relatively soft/slow despite the two sets of RRR cuts decided by the BSP in May… and in September… the environment remains conducive for further cut/s in RRR for the rest of 2019.”

Security Bank Corp. Chief Economist Robert Dan J. Roces was more cautious, saying in an email: “The data-dependent BSP will of course watch closely M3 money growth and loan growth rates, and further RRR cuts if any, will be informed by these.”

But for ING NV-Manila Senior Economist Nicholas Antonio T. Mapa, “with… only mild inflation pressure and liquidity growth… sluggish, we can expect further RRR to be carried out over the next few quarters to get RRR to single digits by 2023” when Mr. Diokno ends his term.

Noting that the BSP chief has said that the Monetary Board will announce a quarter in advance any further RRR adjustment, Mr. Mapa said that “[i]f he wants to adhere to these comments made previously, he may have to delay the next RRR reduction to the first quarter of 2020.”

“However, if he decides to reduce the RRR again further, data remains supportive of such moves.”

ARTA to stamp out corruption in gov’t