MANILA, Philippines — The Communist Party of the Philippines (CPP) is allegedly trying to brainwash and incite students in various Metro Manila colleges and universities to rebel against the government through film showing activities that depict the dark years of martial law under the Marcos dictatorship, according to the military.

Parlade said school officials might not be aware that it is the CPP that is behind such moves, except in schools that are notorious for activism.

“May ongoing film showing sila about dark years of martial law sa mga class to incite students to rebel against the government, incite resurgence of the First Quarter Storm experience among students, while projecting President Duterte as the new Marcos,” he revealed.

“What the students don’t know is that if the CPP wins in this campaign, they will implement what’s in the CPP Constitution and Programs Version 2016 published May 2018, Article 3, Section 7, which is to establish a ‘proletarian dictatorship’,” he said.

Parlade said Filipinos should remember the case of communist Khmer Rouge when dictator Polpot purged millions of professionals and intellectuals in Kampuchea, which is now Cambodia, and installed its workers and peasants in its communist regime.

He warned that CPP founder Jose Maria Sison “will be the reincarnation of Polpot, worse than Mao (Zedong). So, please, inform our parents, be watchful of what their schools are doing to their children.”

Parlade earlier bared how the communist plan to oust President Duterte last month on the anniversary of the Marcos declaration of martial law failed after opposition personalities rejected an alliance with them upon realizing that they were dealing with the CPP.

He also revealed how the Red October plot remains in which the New People’s Army (NPA) intends to increase its tactical offensives against military, police and civilian targets this month, especially on Oct. 11-17.

As this developed, a militant youth group has accused the AFP of endangering the lives of students with its disclosure of the list of academic institutions allegedly being used by the CPP to recruit members.

The UP Manila chapter of Anakbayan said the disclosure could have a huge implication on the youth as it would allow state agents to arrest, harass, abduct or even kill students they suspect of being members of the CPP.

“This is a clear violation of human rights and freedom of expression,” the group said in Filipino.

“The allegation has no basis and simply amplifies the fact that the AFP and the Duterte government fear the strengthening opposition of the youth,” it added.

In a separate statement, the Samahan ng Progresibong Kabataan (SPARK) also denounced the claim, branding it as a “cock and bull” story aimed as a pretext for authoritarianism.

“The student and labor movements have been active in the parliament of the streets the past two years because they are the very sectors of society that have been gravely affected by the autocratic and erratic economic policies of the Duterte administration,” SPARK said.

“Some of the issues that have emboldened us to mobilize are the prevalence of the scourge of contractualization, the blatantly regressive TRAIN law, the debt-reliant ‘Build, Build, Build’ program and the ‘Kill, Kill, Kill’ track of the war on drugs,” it added.

Commission on Higher Education officer-in-charge J. Prospero de Vera III did not immediately respond to requests for a statement.

UP vice president for public affairs Jose Dalisay Jr. declined to comment on the matter, saying university officials have yet to see the report of the military on which the allegations were based.

In a phone interview with The STAR, De La Salle president Armin Luistro said there is nothing new with the military report as the CPP has been trying to recruit members for decades.

He also questioned the lack of coordination between the military and school administrators.

“If there is really something substantial with their report, they would be holding dialogues with school officials and not releasing supposed intelligence information to the media,” he said.

UMak president Tomas Lopez said their management has no knowledge of any student activity linked to the AFP’s claims.

“While we protect the rights of our students to free speech and assembly, we also strongly adhere to the principles of democracy as enshrined in our Constitution,” he said.

“Our student development efforts are centered on providing them programs that will strengthen their employability and readiness for work after graduation. As a local academic institution, we do not participate in any partisan political initiatives, but rather, we focus on efforts to strengthen the value of citizenship in young Filipinos so that they can become productive members of our society,” he added.

The other schools on the list have yet to issue statements on the matter. – With Janvic Mateo 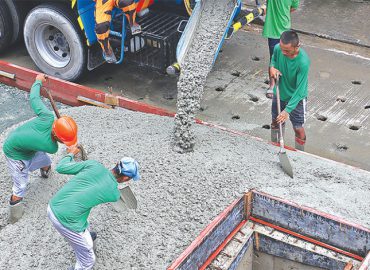 Right to security of tenure not absolute–business groups 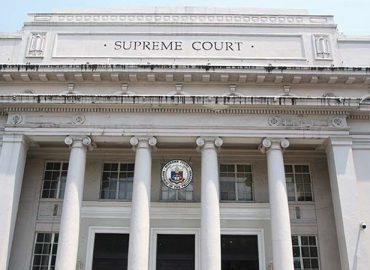