Returning the country’s unemployment rate to prepandemic levels entails the opening of 700,000 more jobs, according to the Philippine Statistics Authority (PSA).

“There are many factors [why unemployment remains higher than prepandemic levels]. Of course there’s population, which is rising, so many participate in the labor force; so that’s also a factor in our labor force participation rate,” National Statistician Claire Dennis S. Mapa said, partly in Filipino, during the briefing.

In order to generate these jobs, Socioeconomic Planning Secretary Arsenio M. Balisacan said in a separate statement that Filipinos must shift to an “endemic mindset” in order to allow greater mobility and activity in the economy.

The Neda Secretary further said the immediate and safe resumption of face-to-face classes is expected not only to increase domestic activities but also  prevent future productivity losses.

“As we continue to fully reopen the economy, we must remain vigilant and adhere to minimum health standards to ensure that Filipinos remain healthy and productive. We will also strengthen our health system to ensure that it is able to effectively and quickly respond to health situations as and where needed,” Balisacan said.

“Adjusting to the ‘new normal’ and gradually shifting to an endemic mindset is critical in generating more employment and strengthening our domestic economy,” he added.

With this in mind, Balisacan said the Department of Health launched its new campaign, “PinasLakas,” which aims to scale up the vaccination of booster doses nationwide.

To increase the campaign’s accessibility, vaccination stations are placed in high-traffic areas such as terminals, schools, malls, plazas, and places of worship.

The oversight agency estimated that over 1.5 million Filipinos joined the labor force in June 2022 from the same month in 2021, bringing total employment to 46.6 million.

Employment also grew across all sectors, particularly in the industry, agriculture, and services sectors amidst the easing of restrictions.

“In the near term, we will prioritize the immediate issues of rising inflation, the vulnerability of certain groups to shocks, and the pandemic-induced scarring to ensure that growth and employment gains are sustained,” Balisacan said.

“The latest data show a significant increase in the number of workers employed on a full-time basis. While this is a good indication of the improving quality of work in our country, the government should incessantly boost its efforts towards providing an environment conducive to the creation of more and better employment opportunities,” he also said.

Based on the data, Mapa said the Labor Force Participation rate (LFPR) improved to 64.8 percent. This increase represented an addition of 735,000 Filipinos joining the labor force in June compared to a year ago and an increase of 570,000 workers compared to May 2022.

Mapa explained that the growth in the LFPR, particularly between May and June, was driven by those belonging to the 65-year-old and up, which posted a 3.3-percentage point increase to 38.2 percent in June from 34.9 percent in May.

The National Statistician said this was followed by the 35 to 44 year olds which saw a 2.4-percentage point increase and the 55 to 64 year olds.

However, Mapa cautioned against any interpretation regarding the number since the total sample for the June Labor Force Survey is smaller compared to the April or July rounds. He said this may be better observed in next month’s data release for July. 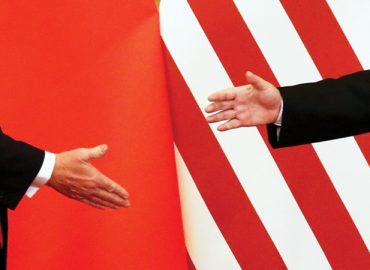