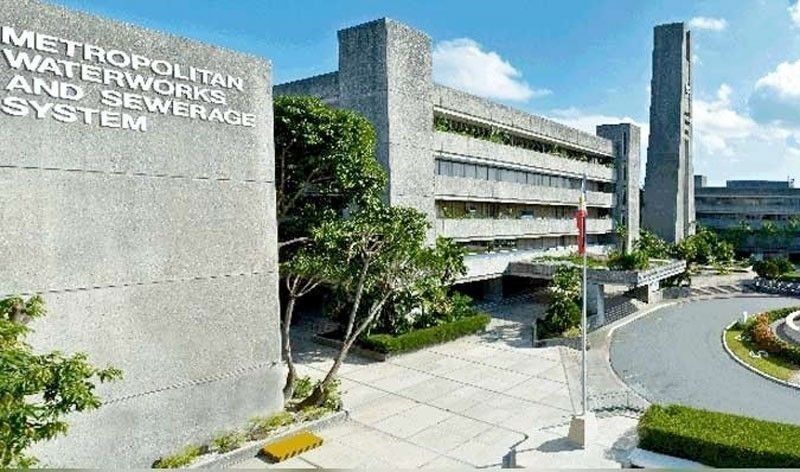 By Delon Porcalla and Paolo Romero, December 12, 2019; The Philippine Star

‘What will happen to us?’

MANILA, Philippines — The government has revoked the extension of the contracts of the two Metro Manila water concessionaires from 2022 to 2037 – a move that the firms said yesterday has alarmed investors and jeopardized their financial viability, which could affect their services.

Metro Manila’s west zone, has given up its compensation claim of nearly P4 billion from the government.

Officials of the Metropolitan Waterworks and Sewerage System had told a hearing at the House of Representatives last Tuesday that the MWSS board had canceled the concession contract extension of both water firms.

“Based on the recent directive of the Office of the President
and the Cabinet, they are now revoking – and I think the term used is revoking – the board resolution adopted in 2008,” MWSS deputy administrator Leonor Cleofas said.

She was referring to the concession agreement that was extended in 2008 for Manila Water and Maynilad, from 2022 to 2037.

Testifying before the Senate public services committee yesterday, Manila Water president Jose Rene Almendras and Maynilad chief operating officer Randolph Estrellado said that after the cancellation was announced, they received calls from their foreign and local creditors and shareholders, asking about what would happen to the companies.

Asked by Sen. Christopher Go if the firms would still bid for a fresh contract upon the expiration of their deals in 2022, Almendras replied, “We just received the (cancellation) documents this morning. It’s actually a very big question that’s being asked everywhere. Right now, our investors, creditors, shareholders are all asking the same question: what’s gonna happen to us?”

“This is so very new to us. We really have to clearly study this. The repercussions are very significant for such an action,” he added. After the Senate hearing, he told reporters that all of their company’s projects and loans would be affected.

“All our loans are immediately due and demandable upon changes (in the contracts),” he said.

He was later overheard telling MWSS chief Emmanuel Salamat that a loan default by Manila Water was a real prospect.

Maynilad, the concessionaire for Metro Manila’s west zone, announced that it had given up its compensation claim of nearly P4 billion from the government.

Ramoncito Fernandez, Maynilad chief executive officer, told a joint hearing of the House committees on good government and on public accountability on Tuesday that the decision was reached right after President Duterte declared he would not honor the claim of compensation contained in a 2017 ruling by an international arbitral court based in Singapore.

The concession deal was extended during the Arroyo
administration when the Clean Water Act (RA 9275) was enacted into law.

The same arbitral tribunal in Singapore ordered the government last month to pay the other water concessionaire, Manila Water, P7.4 billion in indemnification supposedly for lost revenues from an unenforced rate hike.

The two House panels are looking into the water contracts forged during past administrations.

The President earlier declared the deals “onerous” and disadvantageous to the government.

“We won an arbitral award in 2017. When we were ignored, we did not insist. We’re no longer pursuing the award of the arbitral tribunal,” Fernandez told the committees chaired by Rep. Mike Defensor (public accountability) and Rep. Jonathan Sy-Alvarado (good government).

“It was on the agenda that the board should tackle the resolution on the approval of the extension of the concession agreement, that was in 2008 and 2009,” Cleofas recalled.

At a press briefing, Finance Secretary Carlos Dominguez III praised the water firms for dropping their claims and expressing willingness to discuss the terms of their contracts with the government.

“We are pleased that the concessionaires have actually come forward to do two things. Number one, they said that the arbitral awards that gave them P10 billion will not be enforced or collected, and that they are willing to review those terms (in the contracts),” Dominguez said.

“I suppose, from their side (they can) make suggestions on how to correct the imbalances in those concession agreements so we will wait for their formal proposals,” he added.

He said the Department of Justice (DOJ) and the Office of the Solicitor General are already conducting the review of the contracts.

“The whole point is to make it fair to the Filipino taxpayer and the user of the water,” Dominguez said.

“I don’t think (it will affect efforts to attract investors) because it was really super onerous,” Pernia said in a chance interview at Malacañang.

Pernia said the concession deals were “unconstitutional” because the government was essentially “surrendering its power to regulate.”

Socioeconomic Planning Undersecretary Rosemarie Edillon said a review of the contracts is in line with the administration’s Sustainable Development Goals (SDG), which seek to ensure universal access to potable water and sanitation facilities.

“The recent move is really in line with the SDG because if the water charges are actually increased, then it may disenfranchise many households from this resource,” Edillon said.

“Of course the other side of that SDG, of that goal, is really making sure that the water resource itself is maintained, actually sustained so that the next generation will also have that,” she added.

There are more issues the country’s two biggest water concessionaires need to address despite agreeing to drop over P10 billion in compensation claims from the government and defer their rate increases scheduled for early next year, lawmakers said yesterday.

House Speaker Alan Peter Cayetano said the committees on good government and public accountability and on public accounts would tackle more issues in the congressional inquiry on operations of Manila Water and Maynilad.

“The House investigation will proceed until we have resolved all the problems on water industry and we are able to ensure that public interest is protected,” he said in an interview.

Cayertano said that while he recognized the decision of the two water firms to drop their arbitral claims as “goodwill” and a “giant big step,” there are other issues that they need to clear up before a legislative inquiry.

“The House will not stop until we are able to address all these issues. The two companies have shown good will and that they are looking also for solutions, but there are many other issues so we have to proceed with those,” he stressed.

Garbin said they will seek the abrogation of the onerous provisions in the concession agreements of the MWSS with the water concessionaires.

“Our battles against the MWSS water concessionaires are not yet over, although they are apparently waving their flags of surrender on the matter of the arbitration ruling and the planned water rates increase,” Garbin said.

“We remain on guard against their unjust and unfair business practices,” he added.

“We are now at the beginning of the end of the duopolic reign of Manila Water and Maynilad in our country. We will continue our efforts to end their abuse of consumers,” he stressed.

Herrera, for her part, insisted that the two firms should be considered public utilities despite their refusal to be classified as such.

“Manila Water and Maynilad do not want to be treated as public utilities because they do not want their books, transactions and contracts audited and scrutinized,” she said.

“Congress will hold the water concessionaires and the Regulatory Office accountable and liable for all the hardships they have inflicted upon millions of Filipinos in Metro Manila, Calabarzon, Central Luzon and other parts of the country where they have water service contracts,” she added.