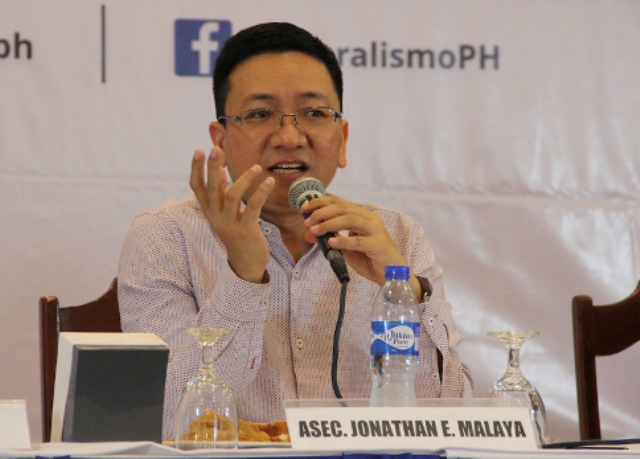 The Inter-Agency Task Force on Constitutional Reforms (Task Force CORE) insisted its proposed constitutional amendments will strengthen political parties as public institutions, prohibit turn-coatism (balimbing), make the anti-political dynasty provision of the Constitution self-executing, advocate for finance reform through the creation of a democracy fund, and extend the terms of local government officials to five years with one reelection.

To achieve this, Department of the Interior and Local Government (DILG) Undersecretary and Spokesman Jonathan Malaya bared that members of Task Force CORE have recently submitted the second set of proposed constitutional amendments to the House Committee on Constitutional Amendments during a recent public consultation meeting held at the University of the Philippines (UP) Visayas in Iloilo.

He noted that they submitted their second set of proposed constitutional amendments covering political and electoral reforms to the Committee headed by Rep. Rufus Rodriguez of Cagayan de Oro City.

The Iloilo public consultation was presided by Cong. Lorenz Defensor of the third district of Iloilo.

Task Force CORE, which is headed by DILG Secretary Eduardo M. Año, was created by the President under Memorandum Circular No. 52 and is composed of some 15 government agencies.

Previously, Task Force CORE submitted its proposed “equality provisions” which seeks to increase the Internal Revenue Allotment of Local Government Units by institutionalizing the Mandanas Ruling, and transforming the Regional Development Council from a purely recommendatory body into the Regional Development Authority with a regular budget and project implementation functions.

“The second set of proposed amendments cover the needed political and electoral reforms to strengthen democracy and improve governance as well the ‘equality provisions’ to ensure more funds flow to the provinces and spread the benefits of economic growth to all regions of the country,” said Malaya.

The DILG has been advocating for these proposed constitutional amendments in the country through the Balangyan provincial road shows that started last month.

“We have brought this campaign to some 40 provinces across the country so far and it has gathered significant public support from all sectors,” Malaya said.

“As part of the provincial roadshows, we have been consulting the people about these proposals and the feedback has been very positive. We have also launched a signature campaign and we hope to submit the collected signatures to the House of Representatives and the Senate once the roadshows are completed in all provinces by next month,” he added.

“The Philippines is constantly lagging behind our Asian neighbors in attracting foreign direct investment in part because of the restrictive provisions of our charter. We should be at the level of Thailand but we are way behind. If we want to generate enough employment for all, increasing foreign direct investment is the key,” former Secretary Gary Olivar of Task Force CORE told the members of the Committee.

“We must make the Philippines competitive and one of the ways identified by our economic managers is to lift the foreign ownership restrictions in the charter and allow Congress to pass laws to regulate them instead,” he noted.