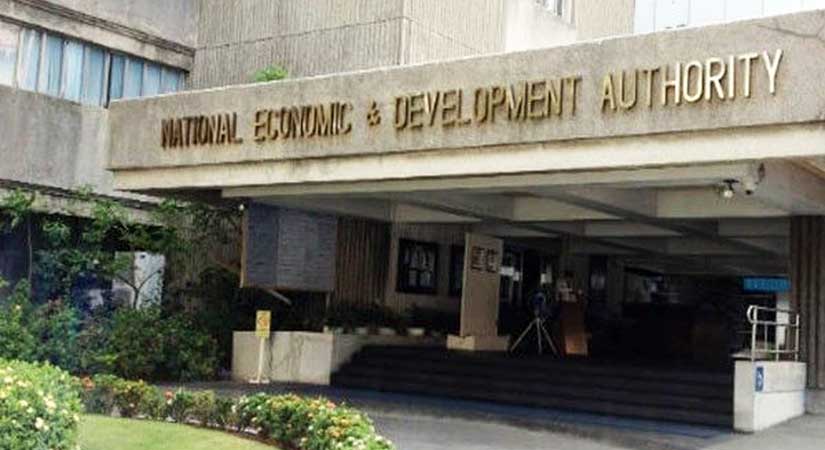 AT least a dozen bills are being eyed as priority legislation in the last three years of the Duterte administration to boost economic growth, according to the National Economic and Development Authority (Neda).

In a recent presentation at the House of Representatives, Neda Undersecretary Rosemarie G. Edillon said the priority bills will be included in the updated Philippine Development Plan (PDP), the medium term socioeconomic blueprint.

The priority bills include the land use bill for the agriculture sector; e-vehicles bill, industry sector; and open access in data transmission bill, services sector.

“As we all know, President Duterte ran with an agenda for change and we at the Neda translated this to mean that there will be changes in our access to services and also the institutions that render these services,” Edillon said.

In terms of agriculture, Edillon said there are five priority bills, including the National Land Use Bill, which has been languishing in Congress for over 30 years.

The bill protects prime agricultural land, to help ensure the viability and sustainability of on-farm employment and overall rural development.

This aims to address challenges, particularly on the increasing limitations on land and water resources. There are four proposed national land use policy bills at the Senate.

Other bills include the establishment of the coconut farmers and industry trust fund, and strengthening the Philippine Crop Insurance Corp. (PCIC).

Neda said 16 bills were filed at the House of Representatives and three at the Senate. As of October this year, initial hearings on the bills were conducted in both houses of Congress.

On the PCIC, Neda said the proposed bills reorganize the state-owned enterprise and increase its authorized capital. This will allow the corporation to better cater to the demands of small farmers and fisherfolk.

The list also includes the Magna Carta for Young Farmers, and the bill strengthening the agricultural and rural financing system.

The Magna Carta for Young Farmers promotes and protects the rights of young farmers between the ages of 15 and 35 years old.

There are four bills filed at the HOR to institutionalize the Young Farmers’ Program and another one creating a magna carta of young farmers. All these bills are pending for deliberation at the Committee on Agriculture and Food.

Meanwhile, the bill on strengthening the agricultural and rural financing system amends the Agri-Agra Reform Credit Act of 2009, or RA 10000, to allow banks to merge their loan allocation to the farm sector as a measure to improve their compliance rate.

One bill to increase the allotment of the regular loan portfolio of LandBank was filed, and is still pending for deliberation at the Committee on Banks and Financial Intermediaries.

Another bill consolidating the loan allocation for agriculture and fisheries credit, and Agriculture Reform Beneficiaries (ARBs) was filed at the Senate. It is pending at the Committee on Agriculture, Food and Agrarian Reform.

Industry
There are three priority bills for industry—e-Vehicles bill, National Quality Infrastructure System and Amendment of the Consumer Act.

The e-Vehicles bill grants incentives for the manufacture, assembly, conversion and sale of hybrid and other fuel-alternative vehicles.

It establishes charging stations and mandates new buildings to provide space for charging. The bill is pending in both houses of Congress.

Neda said the amendment of the Consumer Act protects consumers and businesses and addresses the use of technology applications. Companies engaged in e-commerce may be closed if found selling unsafe products.

Both the National Quality Infrastructure System bill and the amendment of the Consumer Act were filed at the HOR, but no counterpart bills have yet been filed at the Senate.

The proposed Open Access in Data Transmission Act will lower barriers to entry for data services and reduce inefficiencies in network deployment.

Edillon said the bill also introduces aspects of spectrum management reform, cited as one of the causes of delay in the entry of the third telco player.

One bill each has been filed at the Senate and HOR. The Senate bill is pending before the Committees on Science Technology and Public Service, while the bill at the HOR is pending with the Committee on Information Communications Technology.

The amendments to the Retail Trade Act aim to relax barriers to foreign investments in the retail sector by lowering the minimum paid-in capital for these firms to $200,000 from $2.5 million.

The bills also removes the $250,000 paid-up capital per store for enterprises engaged in the sale of high-end or luxury products.

Neda said the proposed priority legislation list include amendments to the Public Service Act, which allows 100-percent foreign capitalization in telecommunication and transportation.

The Senate bill is pending at the Committee on Economic Affairs while the HOR version is in the period of interpellation.

The last priority bill, the amendment to the Foreign Investment Act, reduces the minimum employment requirement to 15 from 50 direct local hires for small- and medium-sized domestic enterprises established by foreign firms with paid-in capital of at least $100,000.

It also excludes the practice of professions from the coverage of the foreign investment negative list. The Senate bill is pending at the Committee on Economic Affairs, while the HOR version was approved on third reading last September.