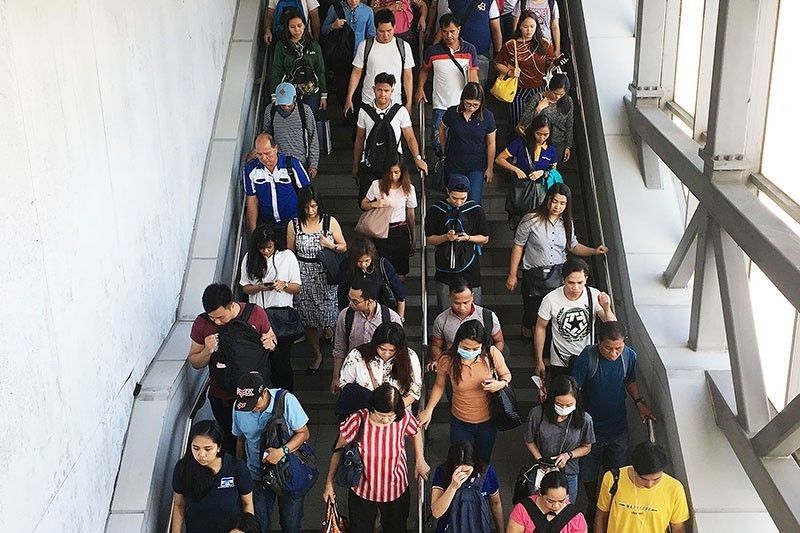 The holder of the position is tasked with proposing a comprehensive plan to decongest the roads of Manila, Cebu and Davao, as well as a separate long-term nationwide road map.

According to the initial committee report, the mobility czar shall also “submit a monthly report to the COC on the efficiency and effectiveness of the measures undertaken to implement this Act and alleviate the Traffic Crisis.” Nine of the committees’ 15 members signed the report.

This comes after the Department of Transportation withdrew its proposal for emergency powers to address the worsening congestion in key cities. Numerous department secretaries and senators have publicly expressed support for the granting of emergency powers to President Rodrigo Duterte.

“The transport and traffic crisis in highly urbanized cities such as Metro Manila, Metro Cebu, and Davao City, as manifested in the debilitating long hours of daily commute, have assumed the nature and magnitude of a public calamity,” the act said.

According to Senate Bill No. 1157 or the “Mobility Relief Act,” the Office of the Mobility Czar will be under the Office of the President. “It is hereby declared the policy of the State to adopt adequate, responsive, comprehensive and effective measures that will immediately address the crisis,” it said.

This acknowledgment came despite presidential spokesman Salvador Panelo’s earlier insistence that there was no such crisis plaguing the metro.

Panelo insisted that he did understand the struggles of everyday commuters, yet maintained that the situation only involved a certain degree of traffic. He suggested commuters simply leave their homes earlier if they wanted to reach their destinations on time.
Worker and transport groups in early October slammed what they said was a mass transportation crisis after all three of the mass transit systems in the metro broke down in the span of five days.

As of this writing, three LRT-2 stations, particularly those in Anonas, Katipunan and Santolan, remain out of commission. They are expected to remain that way for at least another month. At most, nine months.

Despite this, the proposal also encouraged the public to opt for public transportation rather than private solutions. “Public transport shall be given priority over private transport to maximize the use of road space,” it explained.

In an earlier interview with Philstar.com, University of the Philippines School of Urban and Regional Planning Urban Studies Professor and Consultant Jed Gomez said that the influx of cars in Metro Manila is largely to blame for the bulk of the capital’s traffic woes.

“There’s just too many of them. The public transportation is not adequate, so people are forced to buy cars, [and] it becomes part of the Filipino dream,” he said.

A 2016 study by the Department of Transportation echoed this sentiment, saying that “Metro Manila has adopted a car-focused urban design approach [as the] increasing private vehicle ownership challenges the status quo of the public transport system in the Philippines significantly.”

“How do you regulate supply?” Gomez asked. “You tax them some more. You stop selling cars. There’s already a crisis and you keep putting inputs. So if you keep adding to the inputs of the system, you’ll never be able to cut the problem. It’s boomed.”

The urban planning specialist said that the issue of traffic goes down to the level of policy as well, in the form of stronger legislation that taxes the sale of vehicles, among other things.

“You can get, what, zero percent interest to buy a car? They’re selling left and right, [and] a lot of decision-makers tend to place emphasis on traffic demand management [instead,]” he added. “[But] there seems to be untapped potential to regulate the supply side more strongly.”

In the short-term, Gomez said that one viable solution is empowering driver’s education in the country, which he said is still very much lacking today, especially in comparison to its international counterparts.

He explained that from an urban planning perspective, it’s things like “courtesy and learning to line up” that can also make all the difference in today’s traffic situation. “It’s the whole idea that the road belongs to all of us and we have to take care of it. You need to follow the rules of the road because it’s a communal space,” he said.

Of cars being a prominent part of today’s “Filipino dream,” Gomez said “that can be changed, because that’s cultural, and culture can be changed.”

“If you provide a good alternative, people won’t be tempted to buy cars as often,” he finished.