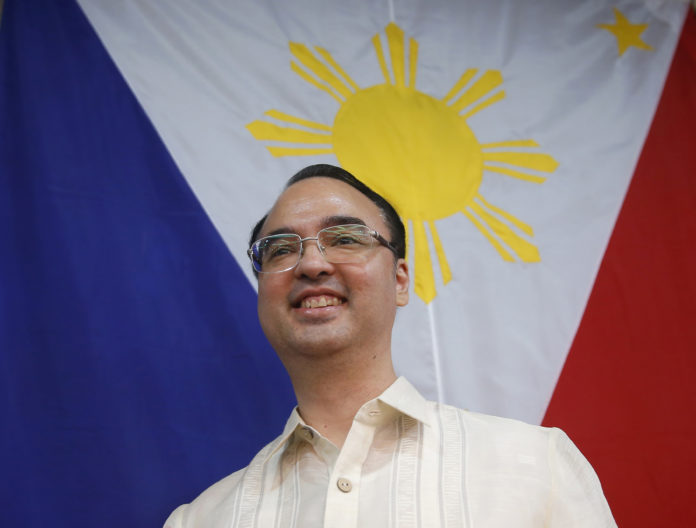 The leadership of the House of Representatives is now studying the realignment of two items in the 2020 P4.1 trillion national budget.

In an interview, Speaker Alan Peter Cateyano said the lower chamber is now planning to increase from P7 billion to at least P9 billion the budget of the  National Food Authority (NFA) as well as the improvement of the military and police headquarters.

“The P7 billion purchasing fund of the NFA for palay [unhusked rice] is not enough . . we want to solve the crisis on the price of palay. Definitely [we will increase it to] not lower than P9 billion, but we’re looking for much more,” Cayetano said. The plenary already started on Tuesday the deliberations of the 2020 P4.1 trillion General Appropriations Bill.

Earlier, House Committee on Ways and Means Chairman Joey Salceda said the sudden drop in palay prices is due to increased local harvest and the huge volume of imported rice because of the Rice Tariffication Law (RTL).

Salceda said farmgate prices of play have dropped significantly from P17.78 per kilo to as low as P14 per kilo, even at P7 reported in Nueva Ecija, Pangasinan and Ilocos Norte.  Salceda said the estimated impact on palay on annualized basis would be P53 billion although welfare gains of P95 billion to consumers.

Moreover, Cayetano also said his leadership is considering the P500 million each fund to fix the camps of the Armed Forces of the Philippines (AFP) and Philippine National Police (PNP).

“We want to put [up] a camp development fund in the 2020 budget,” Cayetano added.

Meanwhile, Majority Leader Martin Romualdez assured the Filipino taxpayers that the 2020 budget will be “a reflection not only of the President’s vision, but also of the people’s will.”

Also, Cayetano said the GAB will ensure that taxpayers from all legislative districts will get a fair share of the budget.

“While we assure of no pork, no parking, and no delay of the budget. We also want to make sure that there would be equitable distribution of projects nationwide,” Cayetano said.

“This a Congress that wants to partner for change with our Executive department. But we are not also a [Palace] rubber-stamp,” Cayetano added.

Moreover, House Committee on Appropriations Chairman Isidro Ungab said his panel rejected the request of at least 60 lawmakers to restore in the next year’s budget the P95 billion worth of projects vetoed by President Duterte in 2019 GAA.

President Duterte has vetoed P95.3 billion in the DPWH budget under 2019 GAA for “not being part of the President’s priority projects.”

“If you are going to include that in the 2020 budget, it’s a huge amount, it may affect the department which allocation has been slashed. In other words, operations of the department will suffer,” said Ungab.

“I have to be frank that their requests will be impossible because if we entertain, their operations will be adversely affected,” Ungab added.